Is the TPP the Bull Connor* Moment for Access to Medicines? 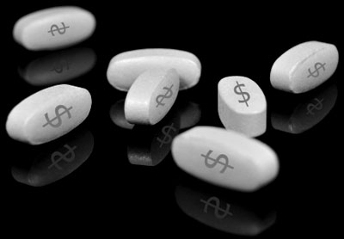 Earlier this month, the representatives of the Trans-Pacific Partnership Agreement (TPPA) parties announced they had concluded five years of negotiations by agreeing to final terms.
Simply put, the TPPA is designed to block the sick and the poor from accessing affordable generic and biosimilar medicines. If the TPPA is ultimately approved by its member nations, it will enshrine a billions-over-millions trade-off: billions of dollars in profits will be made by patent-holding pharmaceutical corporations, and millions of people will needlessly suffer and die.

But the legislative bodies of those member nations, including the U.S. Congress, have not yet signed off on the deal. And many are facing significant pressure not to. That pressure provides an historic opportunity for advocates to not just scuttle a bad trade deal, but to elevate the human right to health.

As it stands, the TPPA is a certifiably deadly weapon. The final terms include multiple provisions that extend both the scope and length of patent protections. For example, the agreement guarantees market exclusivity for patented biologic drugs for at least five years in all TPPA countries, and likely eight years of de facto exclusion of more affordable versions. Biologic drugs are produced using living systems such as bacteria, or plant and animal cells, and have been particularly effective in response to cancer.

Under current law, the poorest of the TPPA countries, including Malaysia, Mexico, Peru and Vietnam, do not grant monopoly protection for biologic drugs. But the TPPA terms will compel them to do so within just a few years, despite the deadly impact that higher drug prices will inevitably have on their low-income population. The TPPA also sanctions “evergreening” of patented medicines at the national level, a process where barriers to generics are extended when new patents are granted for altered uses or methods of existing medicines.

There is much more in the TPPA’s intellectual property chapter, all of it representing the generic-busting wish list of the pharmaceutical corporations that hold monopoly drug patents. The TPPA covers 800 million people comprising 40% of the world’s population, but its potential impact is even broader. Supporters and opponents alike agree that the TPPA is designed to be a standard-setter for future trade agreements.
Throughout the many twists and turns of the TPPA negotiations, several public health advocacy groups and individuals have been heroically fighting for more humane terms. They have reviewed the final agreement, and their verdicts are chilling. “Nothing less than a disaster for global health,” says Deborah Gleeson, LaTrobe University (Australia) professor and peerless analyst of the TPPA. “History’s worst trade agreement for access to medicine in developing countries,” says Médicins Sans Frontières aka Doctors Without Borders. Public Citizen bluntly says, “The TPP would cost lives.”

But there is a silver lining in this dark cloud, and even an historic opportunity to break up the looming menace altogether. The silver lining can be found in the advocacy that prevented the TPPA from becoming an even more formidable barrier to affordable generic drugs. The U.S. Trade Representative pushed for the TPPA to enforce12 years of biologic patent protection, the length of time the pharmaceutical industry had successfully inserted into the U.S. Affordable Care Act. But the other TPPA countries’ representatives resisted, as they did against multiple U.S. proposals to elevate patent rights over patients’ needs. Australia in particular held firm on the biologics issue, even after President Obama leaned on Australian prime minister Malcolm Turnbull in the negotiations’ closing hours. The U.S. finally blinked, and the five/eight year compromise was reached.

The successful resistance by non-U.S. parties reveals the opportunity for health advocates. Domestic concerns over the TPPA have led to protests in party nations including Australia, New Zealand, Malaysia, and Japan. Even in the U.S., despite the TPPA push by the Obama administration, the leading 2016 presidential candidates from both major political parties have come out against the deal. Faith-based advocates oppose the agreement, and labor leaders say the TPPA will cost millions of U.S. jobs. Debate in the U.S. Congress promises to be fierce, and approval of the deal is no certainty.

More broadly, the TPPA has already elevated discussion of the human right to essential medicines. And access to medicines advocacy has received an unexpected recent boost from breathtaking, headline-producing corporate greed in the U.S. pricing of patented drugs. Patients and policy makers alike have been outraged by a critical Hepatitis C drug, developed with government funding, being priced at $1,000 for every pill its patent-holder manufactures for about $1. Social media exploded in anger when a young CEO arbitrarily raised the cost of a 62 year-old toxoplasmosis drug 5,455% overnight. And frustrated cancer physicians have taken to co-authoring articles calling for reform of a system where one in five U.S. cancer patients cannot fill their prescriptions.

Ironically, these spectacles of avarice, combined with the nakedly profits-over-people terms of the TPPA, may actually save lives. Pharmaceutical corporate over-reach can be the Bull Connor of the right to health movement. When TV cameras captured the Birmingham, Alabama sheriff turning high-powered firehoses on children marching for civil rights in 1963, the world was exposed to the depravity and violence of racial segregation. Reform soon followed.

Today, thanks to the TPPA and shameful price-gouging of essential medicines, the depravity and violence of the patent medicine regime is similarly exposed. The chance to elevate health as a human right is at hand.

*Note: Theophilus Eugene (Bull) Connor,was an American politician who served as a Commissioner of Public Safety for the city of Birmingham, Alabama, during the American Civil Rights Movement. Connor's office had responsibility for administrative oversight of the Birmingham Fire Department and the Birmingham Police Department, which had their own chiefs.  Bull Connor directed the use of fire hoses and police attack dogs against civil rights activists, including the children of many protestors.  These tactics exposed the extent of racism when shown on national television, and served as one of the catalysts for major social and legal change in the Southern United States and also contributed to passage by the United States Congress of the Civil Rights Act of 1964.