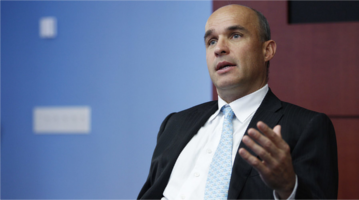 Canadians have been “outfoxed” in the Trans-Pacific Partnership trade agreement and will now be forever bound by a deal harmful for innovation, Jim Balsillie, former co-CEO of Research In Motion (BlackBerry Ltd.), has said, after studying the fine print.

Balsillie, who helped turn BlackBerry into a global player and is on the list of 100 richest Canadians, predicted that TPP will cost Canada hundreds of billions of dollars, lamenting that its provisions on intellectual property will deal a blow to the future Canadian innovators.

“I’m not a partisan actor, but I actually think this is the worst thing that the Harper government has done for Canada… I think in 10 years from now, we’ll call that the signature worst thing in policy that Canada’s ever done,” the businessman and philanthropist told The Canadian Press after delving into the 6,000-page deal.

These are not mere words for Balsillie, who is also the founder of Canada’s Center for International Governance Innovation.

According to the businessman, the TPP “structures everything forever” in line with the US’s economic interests, while limiting Canadian companies’ growth – “and we can’t get out of it.”

“It’s such brilliantly systemic encirclement. I’m just in awe at its powerful purity by the Americans… We’ve been outfoxed,” he said. 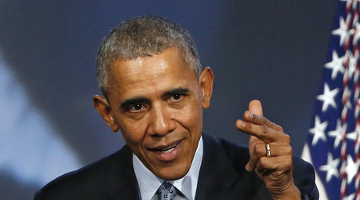 Balsillie is particularly worried that American firms are bound to be given an edge in accordance with the deal’s “iron-clad” rules, while the Canadians will have to pay for

foreign ideas instead of working on their own innovations and profiting from them. Canada will be limited in making money on homegrown products and services, he said.

Stephen Harper’s Conservative government put Canada’s signature on the controversial and secretive pact in the middle of an election campaign when the details had not yet been known to the public. Along with his Liberal successor, Justin Trudeau, Harper also promised more transparency on the deal. Trudeau’s government has said there is going to be national “consultation” on the text of the deal, which is now public and is due to be published online. It was not immediately clear to what extent the consultation could help change the deal, which has already been agreed in principle between the 12 states involved.

International Trade Minister Chrystia Freeland told reporters on Thursday that Canadians are welcome to send her comments about the gargantuan text: “I’m going to take that seriously – we’re going to review it.” A parliamentary debate on the deal is due in the Canadian House of Commons.

Balsillie, however, sees no way back since Harper’s negotiators approved the deal’s terms.

“I’m worried and I don’t know how we can get out of this… I think our trade negotiators have profoundly failed Canadians and our future innovators. I really lament it,” he said.